Historical Sew forthnightly #18 Re make, Re use and Re fashion.

I know I know I said I would blog more when Jane Fest was over but the truth of the matter is I am just about as busy now as I was before, I'm swamped with commissions and a slew of late summer reenactment and costuming events. But I have a couple of blogs planned about my latest costuming adventures. So bear with me.
I actually got around to doing another one of the Historical Sew Fortnightly challenges.
This time it's #18 Re make, Re use and Re fashion.
I and just like the garment from my last post this one was made from a white skirt, really my last entry for the challenge could have worked for both challenges.
But that would be cheating....
Anyway I made my daughter Charlotte a new regency summer dress for the fair at New Boston.

So here it goes

The fabric:  I made this dress from a linen skirt that I picked up very cheaply at a thrift store a couple of months back. It had some really pretty pin tucking and lace incersion work on the hem and I figured it would make a really cute little girls frock. It wasn't enough fabric for the bodice however so I used some scraps left over from making my husbands linen shirt that I made him for New Boston. 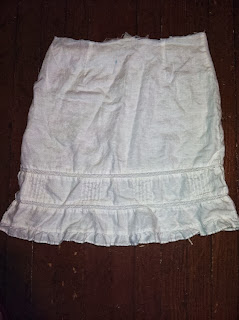 Pattern: I used the Sense and Sensibility regency girls dress pattern for the bodice and just pretty much attached the entire original skirt to the bottom as the dress skirt.

Year: Well I had no actual year in mind  since little girls dresses changed little in style between about 1795 and 1820 I would say its somewhere in that timespan.....

Notions: Gutermanns and poly thread, white elastic, narrow cotton lace on the sleeves and neckline and some  wider antique lace at the hem. 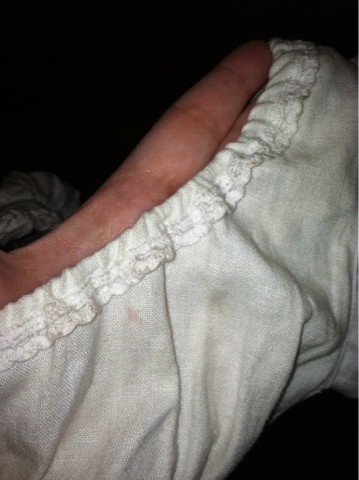 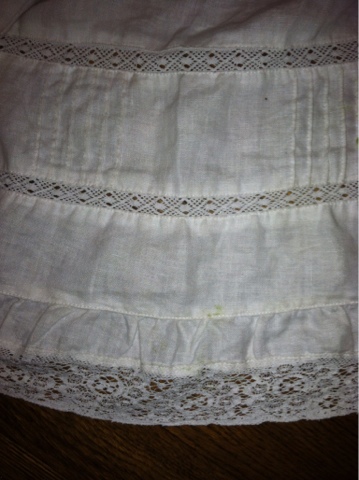 How historically accurate is it?  40% perhaps? The fabric, lace and pattern are pretty accurate, but tis machine sewn, and has elastic instead of drawstrings, to make it more kid friendly...

Total cost: Kind of free since it all came from the stash, but I think I paid like $2 for the skirt at some point.....

I'm really very happy how this dress turned out, it is super cute comfortable and will grow a bit with my daughter due to me having put some elastic in the waist and sleeves. She's already worn it twice and it's held up well so far dispite getting filthy but since its linen it launders and sun bleaches well.i suppose this is the reason why children's clothes tended to be whjite for hundreds of years it washes well and is nice and neutral so can be worn for many occasions and be passed down to other children. once its outgrown. Most importantly she really likes wearing it! And it's even cuter paired with her frilly pantaloons!
And here are some super cute pictures taken at New Boston and at Old Bedford Village last weekend. 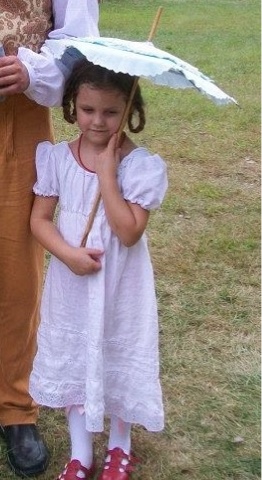 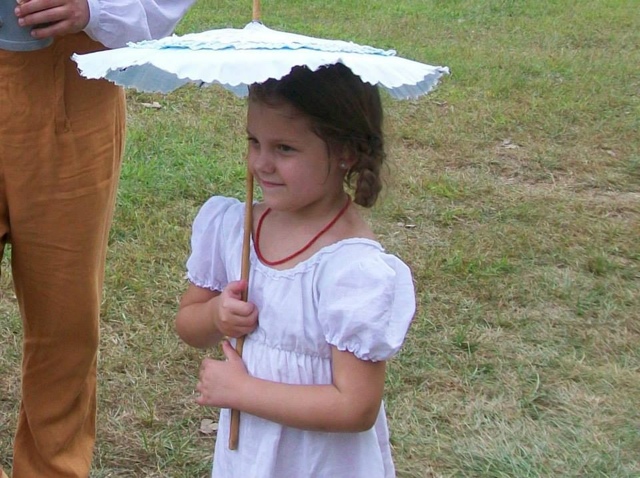 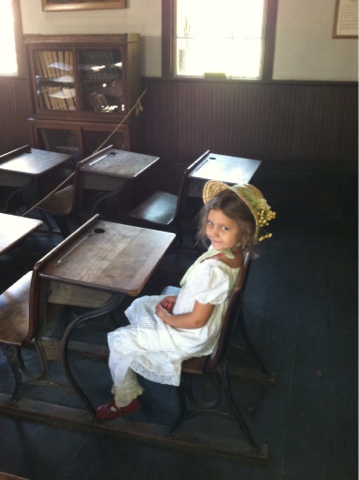 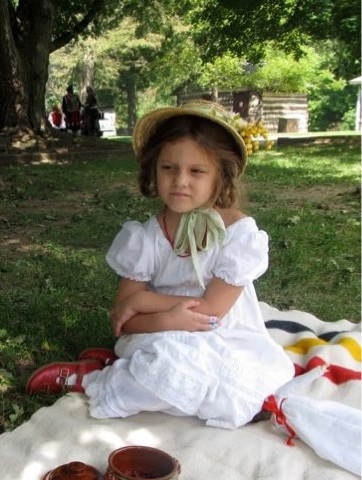 Posted by The Bohemian Belle at 10:43 AM No comments: